In my previous post, I briefly mentioned ways of using up fruit and veg that have seen better days. Here is another really quick and easy way of using up apples languishing in the fruit bowl – a little too wrinkled to eat on their own as a snack, but still good for cooking up in a pan with some warming spices.

I have porridge most mornings during autumn and winter, and apple compote is one of my favourite toppings. Combined with the hot, creamy oats and maybe a few toasted pecans or almonds scattered on top, it’s just about as close as you’ll get to eating apple crumble for breakfast. I’m tempted to try this with a spoonful of mincemeat mixed in, for a very festive porridge bowl… 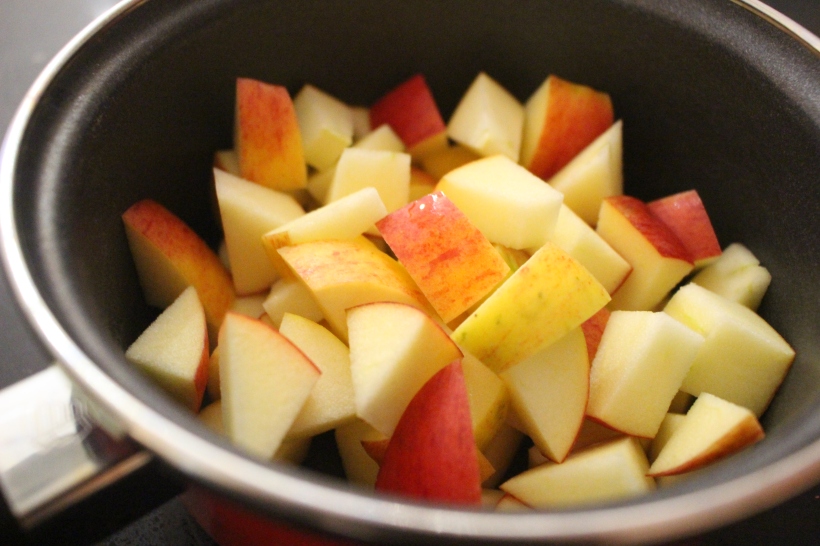 As well as on porridge, this compote would be delicious with yoghurt, cake or granola. 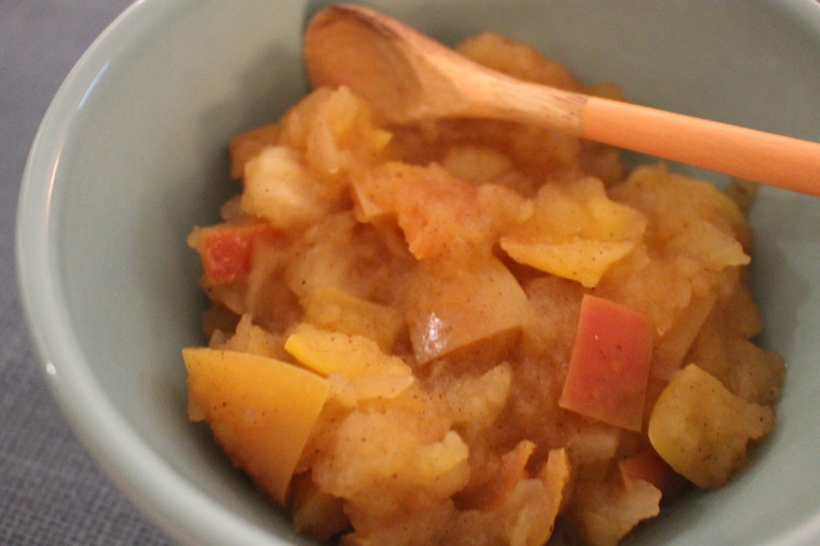